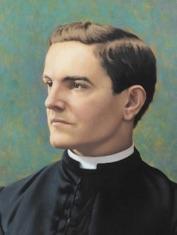 The Knights of Columbus was founded by Father Michael J. McGivney, assistant pastor of St. Mary’s Church in New Haven CT. The Order was officially chartered on March 29, 1882. The K of C is still true to its founding principles of charity, unity and fraternity. The Order has helped families obtain economic security and stability through its life insurance, annuity and long-term care programs, and has contributed time and energy worldwide to service in communities.

The Knights of Columbus has grown from several members in one council to more than 12,000 councils and 1.6 million members throughout the United States, Canada, the Philippines, Mexico, the Dominican Republic, Puerto Rico, Panama, the Bahamas, the Virgin Islands, Guatemala, Guam and Saipan. 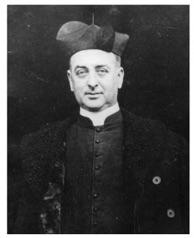 The Father O’Hanlon Council (#4768) was chartered in State College in 1958. The Council is named in honor of Father Byron Aloysius O’Hanlon, a Benedictine priest, and the first pastor assigned to State College and the Penn State community in 1908.

The Father O’Hanlon State College Knights of Columbus Council supports many local charities and dedicates many hours to community service throughout the region. Visit the Service pages for more information.

As a man of the Church, are you being called to be a Knight? JOIN US!